The video game industry just keeps on seeing its sales numbers decline, in spite of a huge month for Activision’s Call of Duty: Modern Warfare 2, and the crucial holiday month of November was no different than the last nine months of 2009. For the month, according to industry analyst The NPD Group, sales across the entire video game business were $2.7 billion, down 7.6 percent from $2.92 billion a year earlier.

Yet, NPD added, industry-wide sales were so high in 2008 that even despite this November’s significant drop, the month was still the second-best November on record. “I think we all have to realize the incredible year that was 2008,” wrote NPD analyst Anita Frazier, in a research report.

Winning the month, yet again, at least in console sales, was Nintendo’s Wii, with 1.26 million units sold. That’s significantly more than the 1.1 million units that Wedbush Morgan analyst Michael Pachter

predicted late last month, in the wake of Black Friday, that Nintendo would sell. Microsoft saw its Xbox 360 take a solid second place with 819,500 units sold, and Sony’sPlayStation 3 brought up the rear with 710,400 consoles moved. 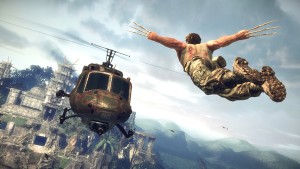 Despite a big year-over-year jump in PS3 sales, those numbers had to be disappointing for Sony. The PS3 had finished ahead of the Xbox in October and September, mainly as a result of the pent-up demand for the machine in the wake of its mid-August price cut to $299.

For the Wii, first place is nothing new, and it’s clear that consumers had a bigger hunger for that console than its competitors’ offerings. But while 1.26 million units sold is impressive, it’s quite a bit lower than the 2.04 million Wiis that sold last November, even given the fact that Nintendo lowered the price of the Wii from $249 to $199 in September.

“Nintendo products top Amazon.com’s most wished for and most gifted lists for video games, and Wii remains at or near the top of the most-searched for video game terms on Yahoo,” Nintendo said in a statement. “As families and friends gather for the holidays, Nintendo games offer the best shared experiences.”

Microsoft saw sales of the Xbox drop 2 percent, from 836,000 last year to 819,500 this year. But Xbox spokesperson David Dennis said overall, last month was the best November in the Xbox 360′s history, in terms of dollars spent across the board.

Though it did finish in third place, the PS3′s sales were through the roof compared to last year, almost certainly due to the price cut. Sony’s sales of 710,400 PS3s was up 87.9 percent from last November’s poor showing of just 378,000 units.

Indeed, Sony touted that big jump, though without mentioning the recent price decrease of the PS3. “In November, PS3 was the only hardware console to see any growth when compared to last November,” the company wrote in a press release, “experiencing an (87.9) percent lift and a 122 percent increase from the previous month.”

On the software side, it was pretty clear that the Xbox–with four of the top 10 best-selling games on that platform, compared to two for the PS3 and four for the Wii–was November’s big winner. That was no more clear than in sales of the biggest game title of the year, Call of Duty: Modern Warfare 2, which broke the single-day record for sales for any entertainment product when it launched November 10, and was expected to make up a fifth of all games sales in November. The Xbox dominated sales of the game, with 4.2 million units sold, while just 1.87 million were sold for the PS3.

Dennis said the reason for that was clear: “It’s Xbox Live,” Dennis said. “People’s friends are on Xbox Live, and you buy the version of the game where your friends are.”

by Daniel Terdiman from cnet news